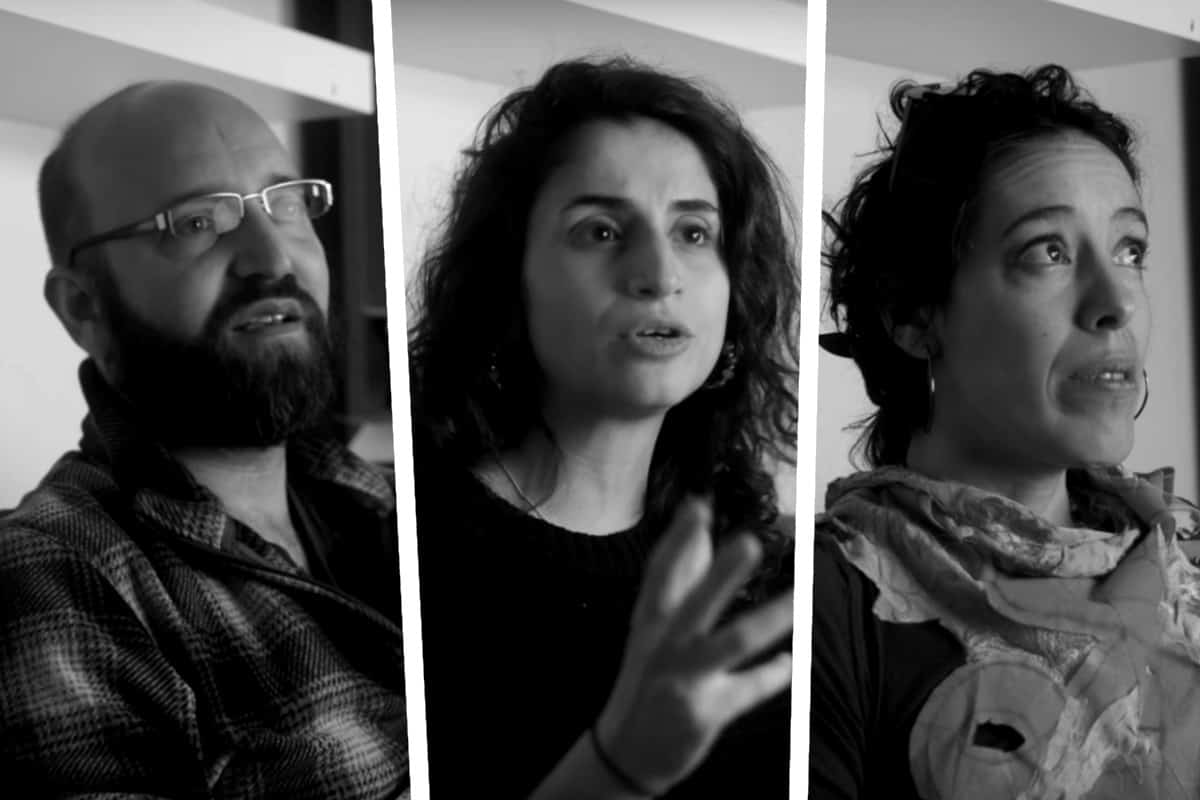 If you’ve never wanted to make a film about the open mic scene, you’ve probably never been to an open mic. This is where comedians exchange ideas and put their material in the shop window. And a host brings everything together, cushions the bombs, pushes the kills. When the evenings are bad, they are a source of Fremdscham, cause stomach ache, are simply terrible. When they’re good, they’re magic. Hardly anyone can escape the special vibe of open mics. You’d have to put that on the record, wouldn’t you?

What many soon reject out of inertia, someone has finally pulled through. Comedian Vidura Rajapaksa has shot Open Mic Days, a one hour film about the mother of all open mic scenes in Germany: the English-speaking scene in Berlin. In the film, he has many comedians talk in one-on-one interviews about what the scene in the capital and stand-up in general means to them.

Rajapaksa made the film in only two months, almost entirely on his own. He wrote the book, directed, filmed and edited. All self-financed. „The idea just came from being a part of the scene and wanting to document this pocket in time of this very special scene,“ Rajapaksa writes in an e-mail. Open Mic Days can be watched for free (among other) on Youtube. „My main goal with this is for as many people as possible to see it,“ says Rajapaksa.

The film is full of interesting thoughts and interested observations. For example when Deo Katunga compares stand-up with skateboarding. Just like talking on stage, a kickflip first makes „no sense in your head“. Comedienne Tamika Campbell talks about earning money with stand-up, or Daniel Olel about how he doubts whether he can cope with strenuous travelling as a comedian. There are many cautious, thoughtful, and above all, modest comments about stand-up. Even the sentence „Stand-up saved me“ is heard. And again and again it becomes clear what a special scene Berlin has, which attracts international attention and reminds some people of the Brooklyn of the 1990s.

The interviews in Open Mic Days are somewhat static because they were shot almost exclusively against the same background. In between you can see short clips of performances where also little more is moving than a comedian on stage and cigarette smoke. However, more and different camera angles or changes in scenery would probably have loosened up the project, but would have cost time, money and personnel – and wouldn’t probably have contributed anything substantial in terms of content.

(Also a big advantage of static camera and cigarette smoke: In their loook the show scenes remind of the aesthetics of the 90s. I was expecting Coolio or Commander Riker Jonathan Frakes to enter the stage at any moment. An incredible nostalgic effect.)

It’s what doesn’t happen in Open Mic Days that makes the film special: there is no voice from offstage that summarizes narratives, there is (except for the chapter division) no structure, no dramaturgy, no forced-onto story. The film is incredibly respectful. Rajapaksa himself is part of the Berlin scene and yet he does not claim to be able to speak for the scene. If the film had been made for German public TV station ZDF, for example, the scene would probably have been illuminated by one or two comedians who would speak for everybody: on the way from the apartment to the performance, backstage, relieved after the show.

Rajapaksa, on the other hand, does not want to capture a story, but a scene, or rather: a feeling. That’s what many people share, each in their own way. That’s why the author hardly ever appears in the film, he doesn’t interrupt his interlocutors, he listens, he lets them have their say. Open Mic Days is a strong contemporary document that shows what the scene in Berlin was like back then, in 2019 and 2020, and in which numerous stand-up wisdoms are hidden.

For example: „You manage to say what you meant at that moment,“ one of the comedians sums up what stand-up is all about. That’s all it is. And nothing less. It can take a whole life to do that.

Are you into comedy news in German? Subscribe for the Setup/Punchline newsletter.